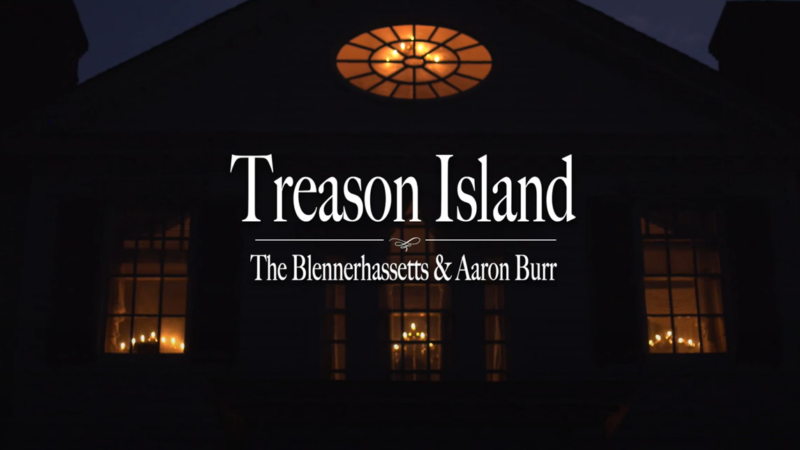 The National Educational Telecommunications Association (NETA) has selected the documentary, "Treason Island: The Blennerhassetts and Aaron Burr," for national distribution to more than 300 public television stations.

NETA is a professional association that serves public television licensees and educational entities in all 50 states, the U.S. Virgin Islands, and Puerto Rico.

"Treason Island" is the story of Anglo-Irish immigrants Harman and Margaret Blennerhassett and their involvement with America's fallen founder, Aaron Burr. Blennerhassett, who fled Ireland due to social scandal and his involvement with the Irish revolution, settled on the edge of civilization in the mid-Ohio River Valley in 1798. He purchased an island near Parkersburg, West Virginia, on which he built one of the grandest homes west of the Allegheny Mountains. The Blennerhassetts entertained nobility and American aristocracy at their home, including Burr, and became involved with his political aspirations, leading to "The Trial of the Century" on charges of treason.

Through the Parkersburg Area Community Foundation's Community Action Grants Program in 2021, the Foundation issued a $5,000 grant to University of Charleston to help fund this project. The documentary, created by MotionMasters, premiered in the fall of 2021 on West Virginia Public Broadcasting.

This grant was made possible by the following funds of the Parkersburg Area Community Foundation: