The LCCF Advisory Committee is dedicated to ensuring your gifts to the Fund will forever honor you and your loved ones, while making the most long-term investment for Lewis County.

Ray Smith is from Jane Lew. He was a general manager for Jane Lew Travel Complex for more than 30 years and changed career paths. He is now the Executive Director for the Lewis County Economic Development Authority (EDA). He is involved in many community organizations and events, and takes great pride in supporting, working with everyone, and serving his community.

His previous endeavors include President of the Mountain Lakes Convention and Visitors Bureau and Food Vendor Chair for Jackson’s Mill Jubilee.

What inspires you? Getting people involved in projects and event to improve Lewis County, then watch those people inspire and help others.

Jonathan Clutter is a resident of Jane Lew who attended West Virginia University in preparation for his studies at the Pittsburgh Institute of Mortuary Science, where he graduated in 2008 as a Licensed Funeral Director/Embalmer, and later became a Licensed Crematory Operator. To develop a comprehensive understanding of the death care industry, he has also worked throughout the state as a preneed funeral consultant, cemetery sales manager, and life insurance agent.

He’s owned and operated Clutter Funeral & Cremation in Buckhannon, and the Alkire Funeral Chapel in Ireland since 2016. He enjoys being involved in the community as a board member of the Strawberry Festival, and member of the Jane Lew Lions Club.

“I’m passionate about helping people during their time of need, and sincerely hope that I can help ease their stress and worry. Since working with Pat and Dottie the last couple years, I’ve enjoyed getting to know the community better and look forward to spending the rest of my career serving the residents of Lewis County and the surrounding areas.”

Gene graduated from Woodrow Wilson High School in Beckley, WV in 1955 and then worked for St. Charles Mfg. of St. Charles, IL on the Miner's Hospital being built at the time in southern West Virginia, eastern Kentucky and southwest Virginia. Gene is a graduate from West Virginia University in 1961 and then obtained a master's degree from the University of Maryland in 1968. He retired from the University of Maryland in 1993 as Director of Staff Benefits and moved to Weston. During his career, he also worked for Burlington Industries and Penn State University in the field of personnel.

Gene serves as Chairman and Secretary of the Board of Directors of the Citizens Bank of Weston, President of the Lewis County Park Board, Treasurer of Lewis County First, Inc., Vice President of Lewis-Upshur Drug Court Foundation, member of Lewis-Upshur Community Corrections Board, Hacker's Creek Pioneer Descendants, Deerfield Country Club, Weston Fireman's Civil Service Commission, and an honorary member of the Lewis County Honor Guard.

Cindy Whetsell is the County Administrator for Lewis County. She attended Moorefield High School and Alderson Broaddus University. Her entire professional tenure has been in county government having worked in Hardy, Grant, and Lewis Counties. She is active in both the County Commissioner’s Association of West Virgina and the West Virginia Association of Counties. She previously served as the Executive Director for the Lewis County Economic Development Authority while still holding the position of County Administrator.

Rod Wyman has been a resident of Lewis County for the entirety of his adult life. He graduated from West Virginia University with a bachelor’s degree in finance and accounting. Rod continues never stopped his work in these fields as he has been a local entrepreneur for over 35 years.

He and his wife Donna reside in Weston and are the owners/operators of the Weston Dairy Mart. Lewis County High School Volunteer. He enjoys spending his spare time with his grandchildren.

This Fund enables individuals who want to make a difference in Lewis County the opportunity to make a gift that will make an impact now and forever. We're planning for the future. 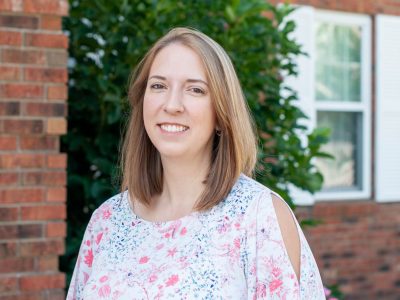