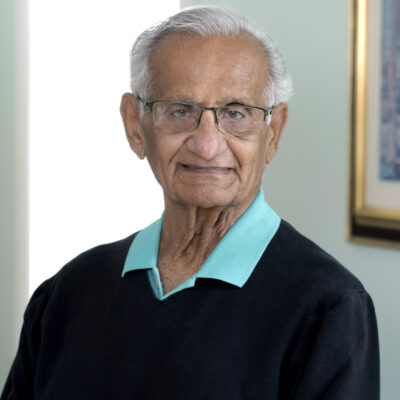 Dr. Matcheswalla was raised and studied in Bombay (now Mumbai), India, and graduated from Grant Medical College at the University of Bombay. He did his residency in pathology and joined the Indian Army as a Captain in the Army Medical Corps, where he served for eight years, being honorably discharged as a Major. He returned to the Medical College as a Jr. Lecturer in Pathology. In 1970, Dr. Matcheswalla married his wife, Nafisa. They immigrated to the U.S. in 1976, where he resumed residency in Pathology in Canton, Ohio. The Matcheswalla family has resided in Parkersburg since 1980 when he joined the Pathology group with Camden Clark Hospital. He retired in 2000 as Co-Director of the Laboratory. Dr. and Mrs. Matcheswalla are blessed with two grown children, a son and a daughter, both physicians, and four grandchildren. Dr. Matcheswalla enjoys spending time with his grandchildren, playing tennis, and skiing.

Back to all staff